104: Taking matters into your own hands

Moreover, they state that the Social Security and Medicare trust funds will run out of money in 2034.

This is the government’s own calculation.

Bottom line: The younger you are, the less you should count on Social Security in your retirement plans. You must take matters into your own hands and save independently for retirement.

But that’s easier said than done, right? The traditional concept of ‘saving for retirement’ is to set aside some money from your monthly paycheck, and put it in something like an IRA.

That works fine for some people. But what if you simply don’t have any more money from your paycheck to save?

Or what if you’ve already hit the maximum amount you’re allowed to contribute to a conventional IRA?

Fortunately, there are great solutions. We’ve written about SEP IRAs in the past. But there’s another structure I’d like to discuss called a Solo 401(k).

A Solo 401(k) is an incredibly flexible, robust retirement structure that allows you to set aside potentially tens of thousands of dollars of income from a ‘side-business’ each year.

This could be just about anything– selling products on Amazon, generating advertising revenue from YouTube videos, Airbnb rentals, freelance consulting, anything.

And almost anyone can do this. You could literally be a 15 year old teenager walking dogs on the weekends for extra cash, and stash that money into a Solo 401(k).

If you’re currently an employee at a US-based company, you might already have a regular 401(k); it allows you to make pre-tax contributions to your retirement, and sometimes the employer even matches what you put in.

The plan probably doesn’t offer much leeway in terms of where you can invest that money, though. At best, they probably give you a list of mutual funds from which to choose.

And unlike a conventional IRA – another common retirement structure – it lets you contribute MUCH more money to your retirement before it’s taxed.

It just has to be done with income from self-employment, or from a side job.

With all of the money-making options available today, it’s not difficult to stash a lot more money into a tax-advantaged retirement account.

There are lots of details to consider when opening a Solo(k), but here’s the general idea:

First, since we’re talking about self-employment income, you have to think of yourself as both an employer and an employee.

But you can contribute even more than that since you’re also the employer in your business.

For this tax year, the maximum total contribution to a 401(k) between an employer and employee is $56,000 (for those under the age of 50) and $62,000 (for those 50 and over)… so that’s potentially tens of thousands of dollars in extra contributions you can make.

More importantly, these contributions can be deducted from your taxes.

So when the Bolsheviks come to power and ratchet up tax rates to 70%, you’ll be able to take a LOT of money off the table to set aside for your retirement that they can’t touch.

Plus, Solo 401(k)’s are incredibly flexible. You can invest in so many different things, ranging from real estate (including property overseas), cryptocurrency, private businesses and venture-backed startups, etc.

Solo 401(k)’s have an interest feature as well– you are actually able to BORROW money from your own retirement plan.

You might not ever need it, but it’s nice to know that you have a source of emergency funds if necessary.

Naturally all of these benefits are predicated on you having some sort of side business– whether you’re driving for Uber, freelancing on Fiver, or selling lemonade on the street corner.

But the ability to channel the vast majority of that business income into a structure that (a) keeps it away from the government, and (b) secures your future retirement, is a smart thing to do.

And that’s what today’s podcast is about: all the great things you can do with a solo 401(k), and why you definitely might want to consider establishing one– even if you already have another retirement plan.

You can listen to the podcast here. 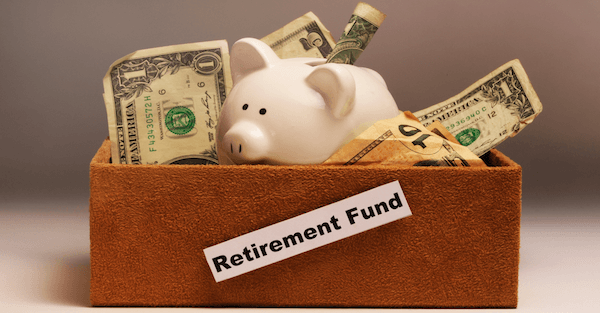