If you’re a big fan of shows like Narcos, Stranger Things, House of Cards, or Orange is the New Black, you might want to think about sending a fruit basket to anyone you know who is a Netflix shareholder.

Netflix reported its quarterly earnings again yesterday afternoon. And, as expected, the company is losing a metric truckload.

According to its own financial statements, Netflix burned nearly half a billion dollars in the last quarter. That’s 60% worse than the first quarter of 2018, worse than 2017, etc.

And it puts Netflix on track to have billions of dollars in negative Free Cash Flow this year.

The issue isn’t that Netflix puts out bad content. Their shows are adored by more than 100 million people.

It’s that they can’t seem to make money doing it. The more subscribers Netflix brings on, the more money the company burns.

I should probably pause here and mention an important point. Netflix is actually in one of the worst financial position possible for a business, because, from an accounting perspective, the company is actually profitable.

But the company’s accounting profit doesn’t actually make sense in the real world.

The most accurate measure of Netflix’s financial performance is its Free Cash Flow– which filters out accounting gimmicks and takes into consideration all the money they have to invest in new content.

Free Cash Flow is the direct measure of how much cash a company earns, or burns, through its investments and business operations.

So the fact that Netflix is technically profitable means that it actually has to PAY TAXES! Yet the company is cashflow negative, meaning it loses money year after year.

This is a pretty bad position to be in… meaning that Netflix has to constantly fill the financial gap by going deeper and deeper into debt.

Shareholders are enabling this to happen. Every time Netflix’s stock price goes up, it only validates this risky business model: go into debt, lose money, repeat.

Yet the stock market loves it. The more money Netflix loses, the more valuable the company becomes.

The following year in 2015, Netflix burned over $900 million. But its stock price more than doubled.

This is more bizarre than the upside down in Stranger Things. Companies are supposed to make money for their shareholders… or at least have a plan to eventually do so.

Yet Netflix keeps telling investors that their ‘plan’ is to continue losing money. And investors couldn’t be more excited.

That’s why you might want to send them a fruit basket. Because Netflix is really just a transfer of wealth from investors to consumers.

The banks who loan money to Netflix, and the shareholders who cheer them on, are essentially donating their money so that the rest of us can enjoy Narcos.

And it’s not just Netflix.

Lyft just went public a few weeks ago. That company lost a billion dollars last year, meaning that Lyft’s investors are also donating money for the benefit of drivers and passengers.

Who knew capitalism could be so charitable? You’d think that the Bolsheviks would be encouraging more business, not less!

WeWork, Uber, Dropbox, Tesla… the list goes on and on. These companies are either unprofitable, cashflow negative, or both.

Yet investors are paying record sums to buy shares in these companies… capital that gets quickly burned to subsidize their consumers.

Don’t get me wrong– you can still make money from ridiculously overpriced investments.

There are even people who made money investing in negative yielding government bonds.

The issue is that it’s far from a sure thing. A company with pitiful long-term finances is a pretty risky bet.

This is why value investing has always struck me as a much better approach.

The concept of value investing is to buy a dollar’s worth of assets for fifty cents. It’s a simple idea, and most people understand this intuitively.

Everywhere else in our lives, whether we’re shopping for a new car or at the grocery store, we want a great deal.

Value investing merely extends that logic to investing: whatever asset you’re buying, whether stocks, real estate, etc., make sure you get a great deal.

Here’s a recent example– our Chief Investment Strategist Tim Staermose acquired shares of a small company in Australia called Rox Resources not too long ago.

At the time, the stock price of Rox Resources was so low that the company was selling for roughly 10% LESS than the amount of cash it had in the bank.

In other words, Tim paid 90 cents for $1 worth of cash. Plus he got all the company’s other assets for FREE, including various mining properties.

Value investing might sound not as sexy as buying shares of Tesla or Netflix. But it  really limits your downside risk.

When you can buy a strong, well-managed business for less than the amount of cash in the bank, it’s very difficult to get hurt. But you still have plenty of upside remaining.

That’s what happened with Rox: Tim got a great deal. And, unsurprisingly, the stock price has been up as much as 50% just in the past few months.

This means the shares are no longer deeply undervalued… so Tim is selling. But there are always other, similar opportunities out there.

It just takes patience and hard work to find them. 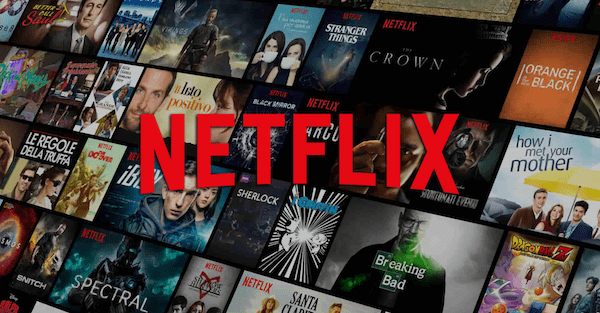