Social Security will cross another dangerous milestone next year

In the year 1890, according to census records, my great-great-grandfather was spending the final years of his life living with one of his children on a farm in Choctaw County, Oklahoma.

I’ve spent most of the last twenty years doing some hardcore research into my family history– and I’ve identified records going all the way back to 1250 in England.

And one common theme that I’ve noticed: when people reached a certain age, they almost invariably moved in with their kids and grandkids.

This is what ‘retirement’ used to mean; it was simply expected that younger generations would look after older generations.

And back then, since households were quite large, there were usually 4-6 other people in the home to look after great-great-grandpa.

This arrangement might sound quaint and outdated. But it’s still the fundamental premise behind many retirement plans, including Social Security in the Land of the Free.

It’s still the younger generations taking care of the older generations. That’s the way the system functions: younger people pay taxes to fund benefits for older people who have retired.

So you can see the similarities:

Hundreds of years ago it took several other people in a household to care for the elderly. Today it takes a certain number of workers paying into the system to support each retiree receiving benefits.

They call this the ‘worker-to-retiree ratio’.

And the Social Security Administration (SSA) has said that they need a MINIMUM of 2.8 workers paying into the system for every one retiree collecting benefits.

You can probably see that maintaining this delicate balance requires steady population growth; every generation has to be large enough to support the previous generation.

If population growth trends get too far out of whack, it means there will either be too few workers, or too many retirees…

In the Land of the Free, birth rates are the lowest levels EVER since they started keeping records decades ago.

And this has been a long-term problem: fertility rates were already in decline when the 2008 financial crisis accelerated the trend.

Researchers estimate that 4.8 million babies were never born as a result of the Great Recession.

Some of the reasons are pretty obvious– kids are expensive. And they aren’t getting any cheaper.

You used to be able to raise a family on a single income. Today, the average household can afford one, maybe two kids. And that’s with both parents working.

Unsurprisingly, as the fertility rate has fallen over the years, so has Social Security’s worker-to-retiree ratio.

And next year there will be just 2.7 workers paying into Social Security for each retiree— below the minimum necessary to sustain the program. After that it will keep falling.

In 2034, when Social Security estimates its trust funds will run out of money, there will only be 2.3 workers per retiree.

And just to pile it on, technological automation is poised to radically change the workforce.

In 10-15 years, you’ll see entire professions replaced by robots and AI… neither of which pays into the Social Security system.

It’s not just the US that’s grappling with this either.

Finland’s fertility rate is below the US rate. They based their healthcare system on the same faulty assumption, that the population will continue to grow.

Yet now there aren’t enough young people paying into the system to support the older people who use more healthcare.

Most of Europe is even worse off. The combined EU fertility rate is just 1.59 babies over the course of a woman’s lifetime, well below replacement levels.

Japan is far more restrictive on immigration compared to the US and EU, and is on the cutting edge of automation. Japan’s fertility rate is just 1.4 and it has one of the oldest populations in the world.

The one-child policy that China had in place for decades is already putting a strain on the burgeoning middle class. By 2050, 44% of the population is expected to be dependent elderly.

We talk about this issue so much because it’s important to recognize that monumental change is coming. The entire way retirement is structured, since long before Social Security, is coming to an end.

You can’t rely on the next generation for retirement anymore. To be secure, you have to take matters into your own hands.

If you’re retired now, or are about to retire, you might be fine. You can probably ride it out before the entire system has to reset.

But if you’re 50 or younger, Social Security will run out of money before you’re able to start collecting.

The younger you are, the surer you can be that these retirement systems won’t be available to you. But that also means you have time to do something about it.

Several countries have options for self-directed retirement accounts. In the US, a solo-401(k) is a great option for anyone with side or self-employment income.

And in addition to the flexibility and freedom you have to invest with a solo-401(k), you get to contribute money before it’s taxed.

That’s important, because unfortunately, you are still going to be expected to pay into Social Security, even though you might never collect it.

And as the politicians try desperately to save these programs, you can expect to pay higher taxes.

Any money you can save on taxes and funnel into your private retirement account will be compounded year after year instead of flushed down the toilet.

And there is absolutely no downside in doing this. Worst case scenario: Social Security is miraculously saved, and you have extra money for your retirement. Not exactly a bad outcome.

Check out our recent podcast to see how you could use a solo-401(k) to tuck some extra money away for retirement. 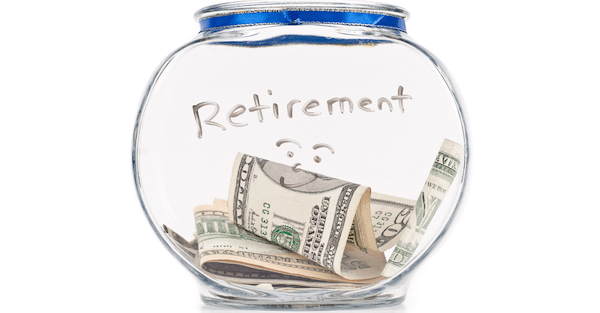