While it often doesn’t come up in determining whether or not to buy shares of a company, not all shares are made the same. A company’s share structure describes not only how many shares a company is divided into, but also the various types of shares that the company is divided into. For example, a company’s share structure may state the total number of shares that can ever be issued. However, those shares may be divided such that only 20% of the shares are available to the public for active trading, while another 20% are held by company insiders and cannot be traded until certain restrictions are met. The remaining 60% may be held in reserve by the company itself and offered to the public in the future in order to raise capital.

The share structure of a publicly traded company is an often-overlooked aspect of fundamental and technical analyses, but share structure can play an important role in determining a stock’s price. 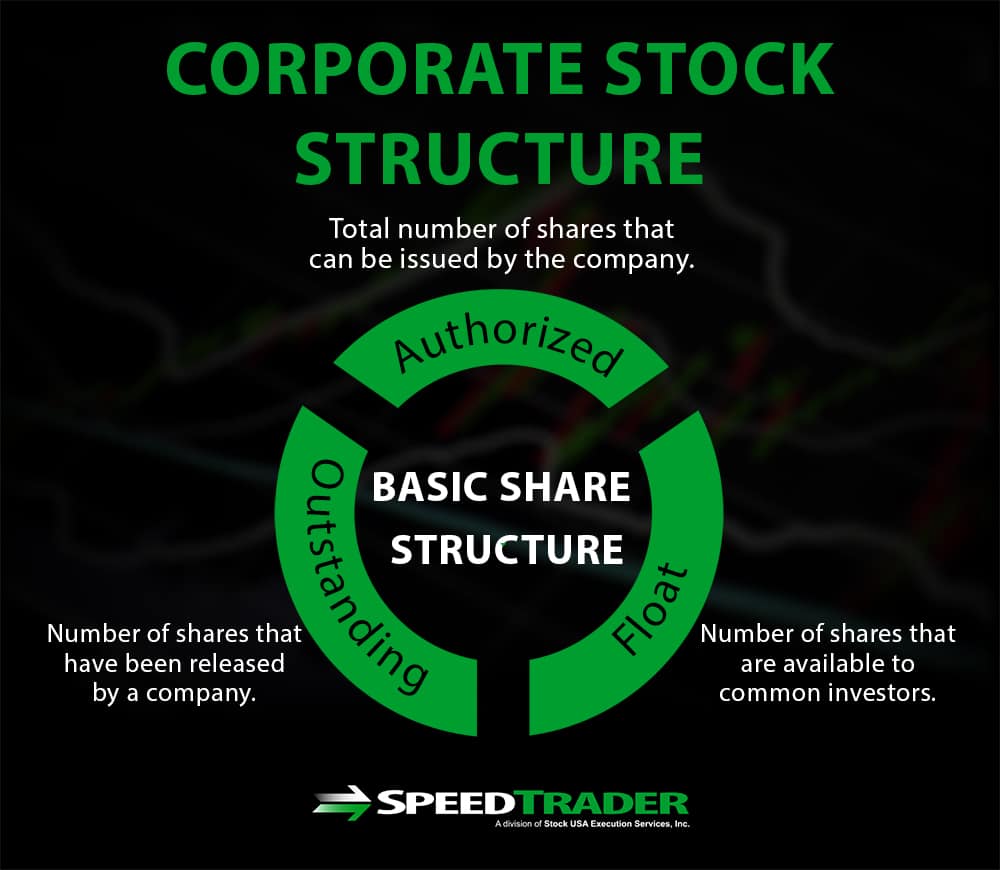 Common stock are the shares issued to the public during an initial public offering, secondary offerings, and private placements. These shares have voting power and holders of common stock are invited to an annual shareholder, but common stock holders have almost no claim to a company’s assets in the event of a liquidation and are last in line to receive a dividend when shareholder payouts are limited.

Restricted stock is unable to be sold or traded until a certain set of requirements are met. A company may have multiple types of restricted stock classes, each with different requirements for the stock to vest. Restricted stock is most often given to company insiders or employees as part of an incentive package, although it can be offered through secondary offerings or private placements as well. 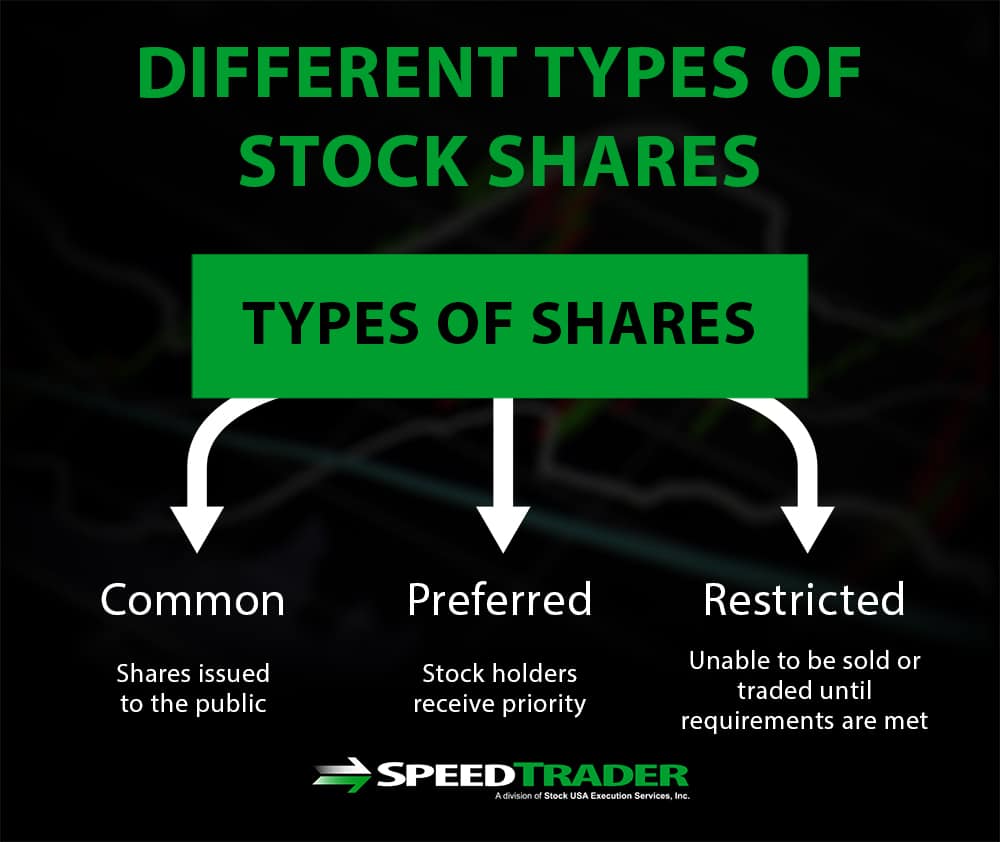 Share structure, and especially float, plays an important role in trading because it controls the liquidity of a stock. In particular, stocks with higher float tend to have more liquidity, see higher daily trading volumes, and are generally simpler to buy and sell because they are more available on the public marketplace. Stocks with low float have low liquidity, which can restrict trading volumes and make it difficult to buy or sell the stock. 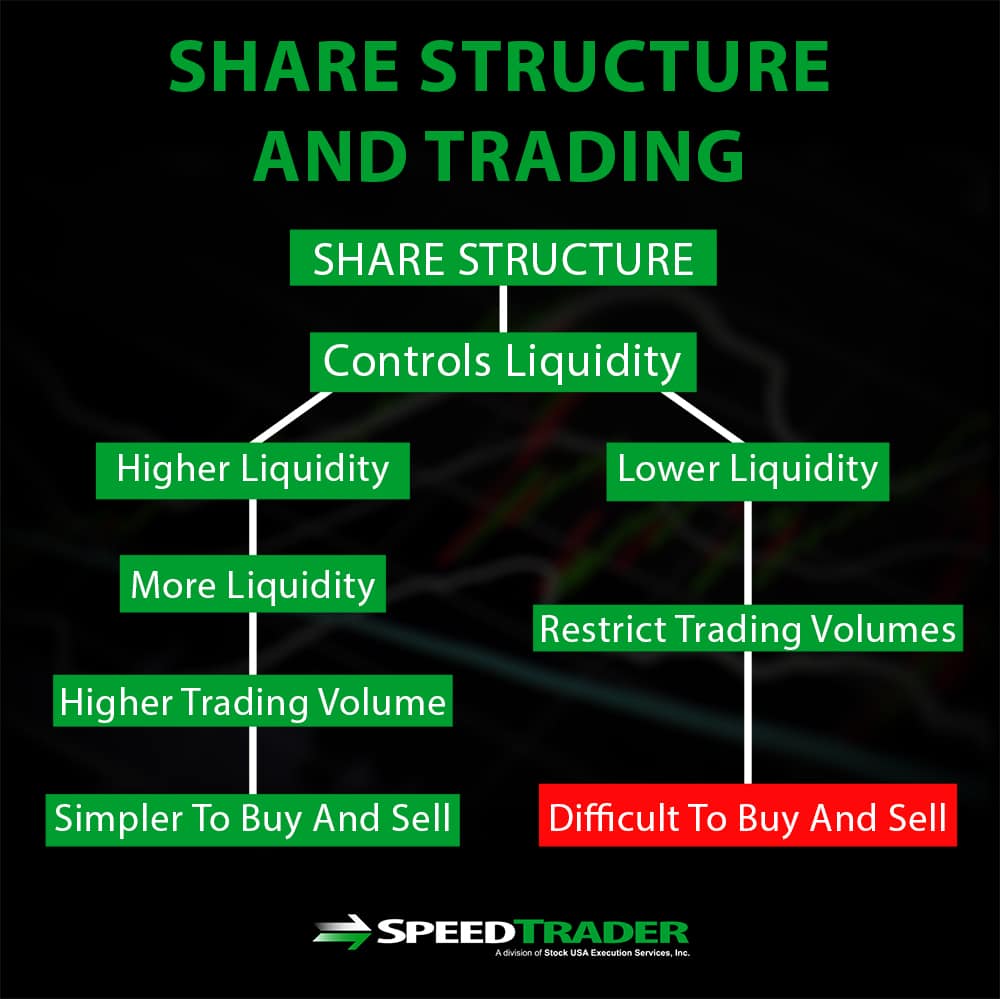 Other Scenarios to Watch Out For

Dilution occurs when the number of outstanding stocks increases, effectively decreasing the proportion of the company that any existing shares held by the public represent – and thus diluting their value. Dilution may occur when the company releases a proportion of the shares it has authorized but were not previously outstanding, for example through an initial or secondary public offering. Dilution may also occur when company employees or insiders sell or trade restricted shares that have vested or when convertible preferred stock is converted to common shares.

Warrants operate much like stock options – they give the warrant holder the right to buy or sell a company’s stock at a predetermined price up to a set expiration date. However, in contrast to options, warrants are issued by the company itself rather than by investors and are typically traded over-the-counter. In addition, when a warrant is executed, the warrant holder receives stock that had been authorized but was not previously outstanding – thus increasing the number of outstanding stocks and diluting the value of existing shares. 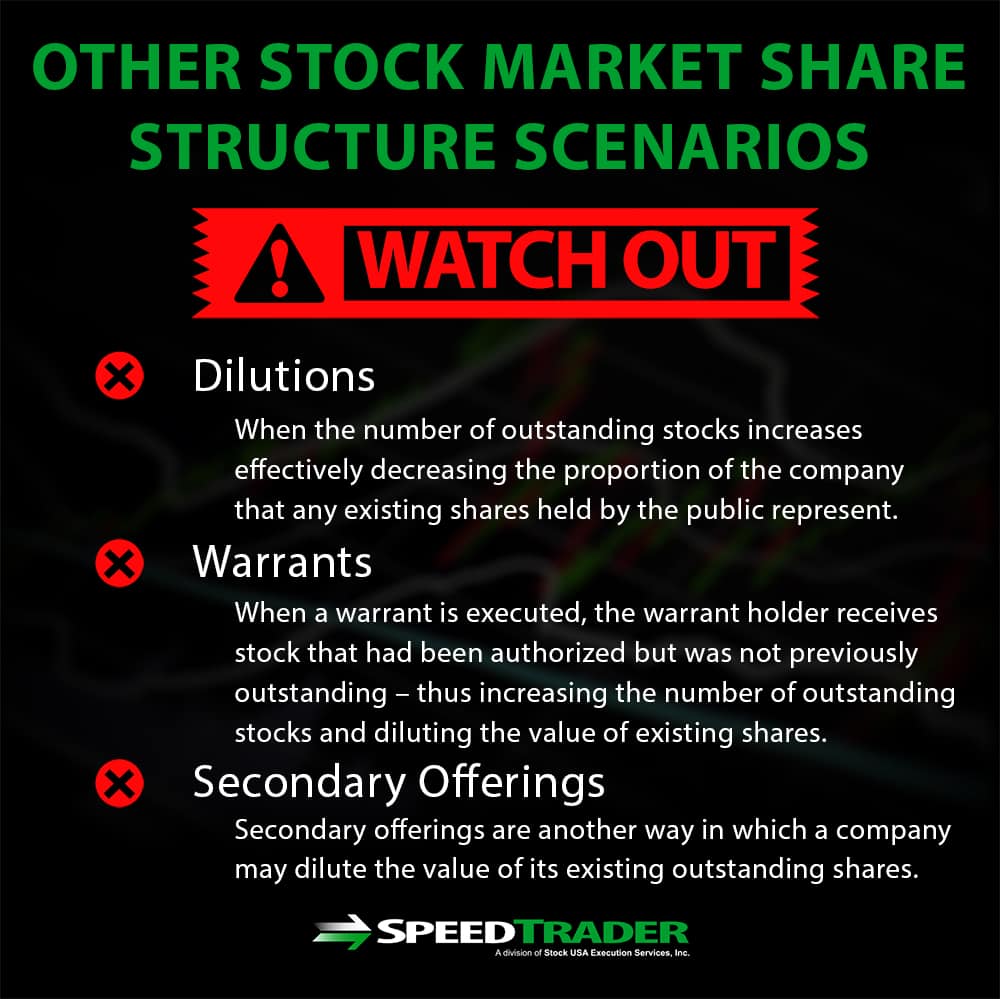